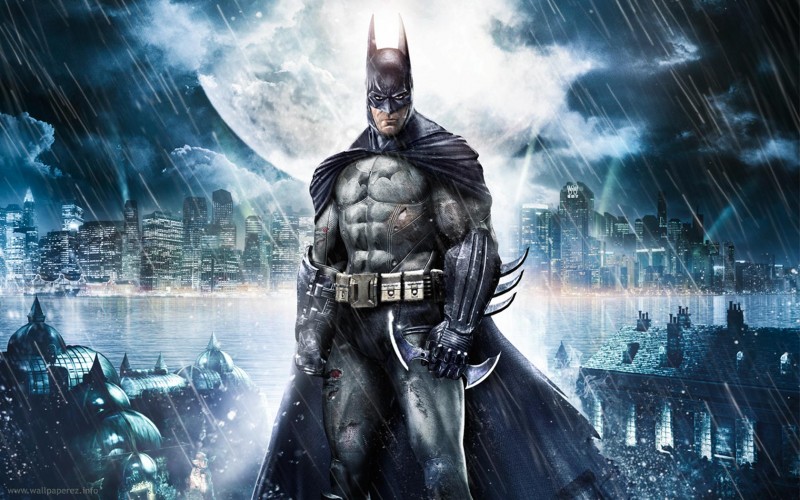 1.Bob Kane didn't create Batman – the writer and comic book artist had a new turn on Dark Knight but originally, the character was created by Bill Finger. According to the book ‘Batman Unauthorized: Vigilantes, Jokers and Heroes in Gotham City,’ Kane had made a name for himself in the comic book industry and often called on Finger to help him with storylines.

Kane drafted a masked character with bat wings and the publisher liked the idea, but he needed a story to go with it. Kane called on Finger, who ended up creating the origin story and all the major characters in Batman’s world. (He even suggested Batman’s iconic pointy ears mask and long, black cape design.)

Finger went on to help Kane create other characters including most of Batman’s rogues gallery of villains (writer Jerry Robinson created The Joker), gadgets and weapons. Still, no one at Detective Comics knew Finger existed, so the final credit went to Kane.

2.Fans voted to kill off Robin – comic book heroes and villains die and come back to life often, but only one death was dictated entirely by the fans. Robin has died and been replaced several times throughout the series, but in 1988, Jason “Robin” Todd’s fate was left in the hands of his supposed fans.

The fans voted 5,343 to 5,271 to put the Boy Wonder down, and so he died in the next issue. However, Todd returned in 2005's ‘Under the Hood’ story arc as the Red Hood in order to seek bloody revenge against The Joker.

3.In comic books, Superman gave Batman a kryptonite ring – in case Superman went rogue and needed to be stopped Batman had the antidote. In one comic book, the Superman and Batman team up to solve the mystery of a series of deaths related to Lex Luthor’s stolen kryptonite ring.

Superman gets the ring back from Luthor and instead of having it destroyed gives it to Batman for safe keeping. He wasn't sure whether he will stay good for ever or turn bad and destroys the world so, to prevent such a catastrophe, Superman hives his only weakness to his partner.

4.Batman only lasted three seasons after the novelty wore off and ABC decided to cancel the campy series. There was a chance that another network might be interested in picking up the show, so ABC kept the iconic set in place as they waited for offers.

After weeks of waiting and no offers were made, the network ordered that Batman’s “Bat Cave” and other sets be demolished to make way for another show. NBC submitted an offer to take over the show for another season. Unfortunately, the sets had been destroyed and the Bat Cave alone would cost $800,000 to rebuild, so NBC rescinded the offer.

6. Sean Young Failed to Be in the ‘Batman’ Movies Twice – Sean Young was originally cast as Vicki Vale, the reporter who becomes Bruce Wayne’s love interest. She was Burton’s first choice for Vicki but she broke her arm while filming an action scene. Young had to be replaced by Kim Basinger.

After that failure, she was determined not to let another chance to appear in the Batman franchise get away. When “Batman Returns” was announced she showed up in Burton’s office in a homemade Catwoman costume to lobby for an audition but she was immediately escorted off the lot. Michele Pfeiffer scored the role.

7.A Batman villain is an Alice in Wonderland obsessed pedophile. No, I’m not joking. Jervis Tetch is a genius scientist who styles himself after Lewis Carrol character but his tea parties are far from innocent.

Tech often kidnaps children and makes them role-play as Alice and other characters from children stories. He is way more creepy than The Joker.

8.Luke Skywalker is the voice of the Joker in Batman: The Animated Series – The actor who played Luke Skywalker also dubbed the animated version of Joker.

Mark Hamill played the Joker since 1992 and has appeared in most of the films, video games and animated spin-offs. Last year, Hamill appeared as his alter-ego clown in the blockbuster video game Batman: Arkham Asylum.

9.The towns of Silent Hill and Arkham Asylum are based on real places. The cities are designed after a Massachusetts asylum in Arkham. The creepy building is sketched form the real deal.

Silent Hill is and abandoned town that was an inspiration for many movies. It is based on an old mining town called Centralia in Pennsylvania. The mine caught fire so the town was evacuated. 50 years later the town has sink holes and steam pits all over the place. Yes, it is still burning.

10. You need $300 million to become Batman – many rich people are Batman fans and some of them even tried to recreate the Batmobile or the costume. This is not for an average earning man according to “Batman Unauthorized” book.

Examined exactly what it would cost to develop all the gadgets and goods that Batman uses, it came to the conclusion that you need $3.5 million to convert a bomb shelter into a Bat Cave and $2 million to turn a Cadillac Sixteen into a 32-valve, V-16 1,000 horsepower Batmobile.

And that’s before adding all of the defensive options to the Batmobile (or Bat Tumbler) such as rear smokescreen shooters and missile launchers and a Kevlar infused, custom molded Batsuit for at least $45,000.

Unless you have way too much money and have nothing to do with it (after you do some good like charities, assure you family, building hospitals and so on) you will stick to your home-made tights, underwear and paper mask.

After last week’s short teaser, WB Games Montreal has reveal the full trailer for the video game “Batman: Arkham Origins". The game will be released on October, 25 this year and it’s a prequel to the “Batman: Arkham” 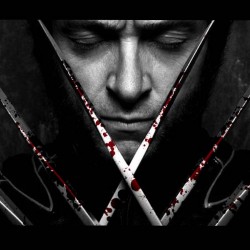 WOLVERINE Trailer is out and it looks just like BATMAN BEGINS. We have the proofs!

After the six-second teaser released least week via Twitter, Marvel and 20th Century Fox, unleashed the first full-length trailer. After we stopped jumping around we started to actually watch the trailer just to discover that it’s no different than “Batman Begins” trailer. Check out the similarities and, of course, the trailer

DC Entertainment is going back into Bruce Wayne's past to see how he began his transformation from wealthy socialite to the scourge of Gotham's criminal underworld. Key elements of the character's history are staying the same,  the murder of Wayne's parents, for example .

"It's not `let's redo the origin.' It's time for a new story showing how Batman became who he is in the New 52." Scott Snyder.

BATMAN - the good guy is not that good. See Batman’s bum trip

Yes, he is a genius, he’s rich and alone (Alfred doesn't count), he’s cold but kind, he’s a hero and all that stuff. Now let’s look closer! If you can’t see it, I will prove his lack of wisdom and, most of all, logic when recruiting allies.