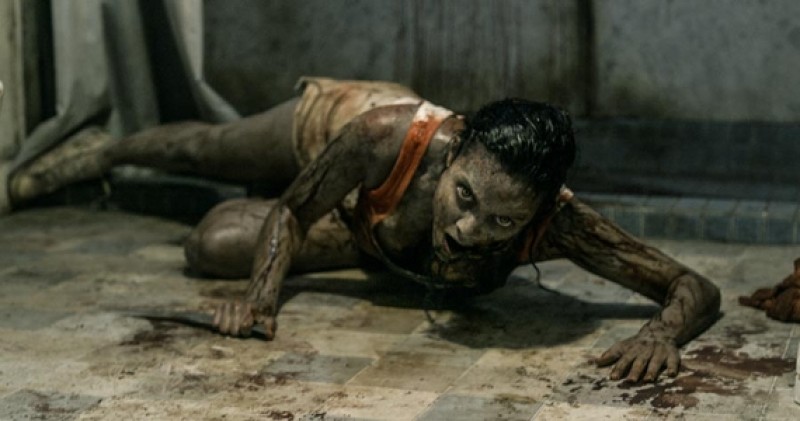 Sam Raimi’s remake of 1981 horror movie “Evil Dead” grossed big at this weekend’s box office. Better than expected, the movie brought back the genre earning $26 million domestically and ending on the top.

Evil Dead, from Sony/TriStar, FilmDistrict and Raimi's Ghost House Pictures, earned a C+ CinemaScore in North America. Usually that would be problematic but horror films often receive a middling grade.

The remake cost $17 million to produce.

The film's strong performance marks another victory for Sony/TriStar after “The Call.”

"Fede did an amazing job remaking this film," Sony president of domestic marketing Rory Bruer said. "When you think you've seen it all, they bring in something new. The movie really is scary."

On the second place remain “The Croods” while we have another new comer in top 5. No 4. Is Steven Speilberg’s work “Jurassic Park” – that's like the old one but in 3D – grossing $18.2 million domestically.

Universal opens the 3D rerelease of “Jurassic Park” 20 years after the original dinosaur movie debuted and is using the pictures to prime audiences for “Jurassic Park IV”, which rolls out in June 2014.

“The Croods” and G.I. Joe: Retaliation claimed the No. 2 and No. 3 spots on the North American box office chart.

Losers: At Number Five, action thriller “Olympus Has Fallen” earned an estimated $10.0 million, coming in just $42,000 ahead of Tyler Perry's “Temptation: Confessions of a Marriage Counselor”.

Meanwhile, Danny Boyle's “Trance” opened to an estimated $136,000 at four locations in New York and Los Angeles. That's a per-theater average of $34,000, or about half of what Pines did last weekend.