While we have to wait until May 1st to see all our favorites superheros on the big screen, Marvel is making sure fans are plenty occupied with Avengers goodies until the day it hits the theatres.

First, Marvel released the official Avengers: Age of Ultron poster, giving us a glimpse of the entire team, and confirming that Anthony Mackie will reprise his role as Falcon in the film. 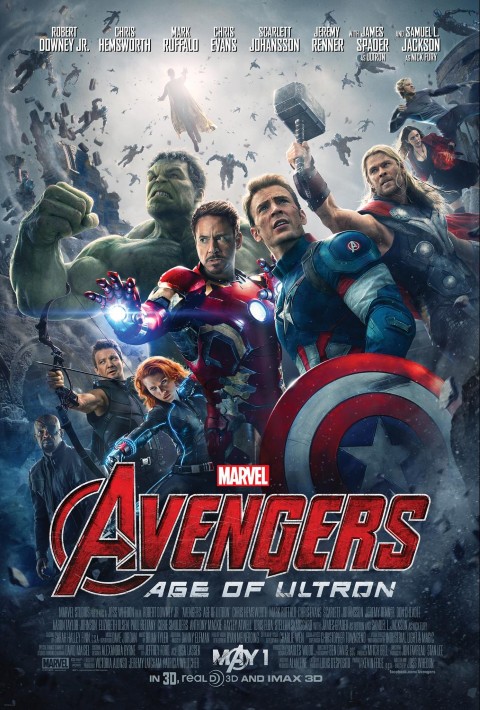 Then Robert Downey Jr. told on February 25, that a "big announcement" will come in eight days – fans are hoping for a new trailer. 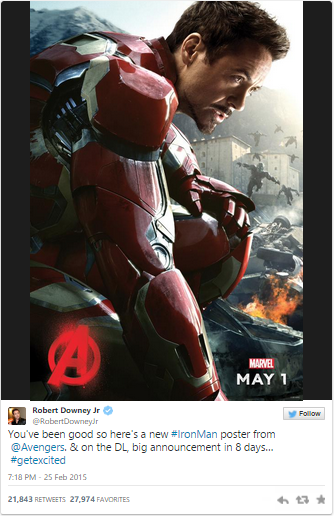 Then, on Monday, Jeremy Renner shared his poster for Haweye. 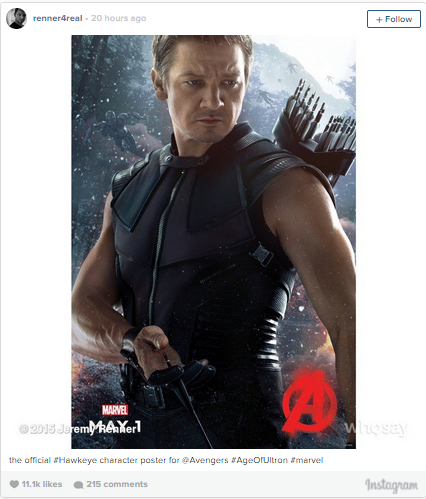 In addition to these surprises, RDJ comes up with hot news. He announced he's teaming up with the charity platform Omaze for a chance to hit the red carpet for an action-packed day in the life of Tony Stark, where he promises to “awesome the crap out of you.” To enter, all you have to do is donate $10 at Omaze.com/RDJ, which benefits Julia’s House, achildren’s hospice charity in England.

"Robert Downey Jr. has a plan to fly you out to Hollywood for one single mission: To awesome the crap out of you! Enter to win and support Julia’s House children’s hospice:http://bit.ly/Downey-Omaze . Indoor skydiving, a helicopter tour, and a pit stop at the iconic Randy’s donuts are just the beginning. You’ll also get fitted for a tux or gown before hopping in RDJ’s motorcade en route to the world premiere of Marvel’s Avengers: Age of Ultron. And yes. There will be caviar. Every $10 entry helps Julia’s House, the only children’s hospice in Dorset, England, provide care and support for life-limited children and their families."

Avengers: Age of Ultron is one of the most anticipated movies of this year allows the audience to see even more from the upcoming masterpiece. The filmmakers have been promoting the movie's main characters through various methods, so they didn't miss the chance to promote the characters in an unexpected way: The 2015 LEGO Toy Fair in New York.

One of the most anticipated movies of 2015 allows the audience to see a little bit from the upcoming masterpiece. And it looks really amazing!

As expected, the trailer is a small piece of art and starts off strong portraying the evilness of Ultron. Our heroes seem hopeless and destruction is at every step of the trailer

The members of Marvel Unlimited Plus event had a great surprise at the New York Comic-Con where Marvel first shared exclusive footage from their upcoming films Avengers” Age Of Ultron and Ant-Man.