In most movies and TV shows, the good guys tend to be, unsurprisingly, good guys. However, have you ever seen a good guy trying to do good just because? No, everyone has a twisted story, bad childhood, some are out for revenge over the bad guy and, most of them, are actually doing more damage than the villains.

Many movies have twisted plots like “ Hey, let’s try to save a bank by destroying the whole city and make more damages than the robbery itself”.

Some heroes are so violent, nasty, or downright despicable that they barely deserve the name. With their record body counts it's hard to tell just what it is that separates them from the bad guys.

The hero is so iconic that he doesn't even need a name.  Eastwood's Man With No Name is pure malevolence in a cowboy hat and long jacket. The details may change from flick to flick, but basically he shows up, finds a group of various punks doing some bad things and, driven by his unorthodox sense of justice, he kills them.

If he has any moments of regret he leaves behind everywhere he goes. And then, he kills more. A cold, heartless machine, he doesn't take any satisfaction in his slaughtering. There's no rule saying you have to like being a ruthless killer of bad guys, but at the very least you can take some pride in your work.

Every superhero has its flaws. This one has them all. He’s not afraid to get his hands/claws dirty. Wolverine still remains one of the baddest stone-cold killers to ever have his own cartoon show.

The guy's superpower is basically six razor-sharp knives that come out of his arms. Wolverine has been hacking and slashing his way through bad guys for 30 years.

He has unbreakable bones and accelerated healing factor and he can survive anything. He's been shot, cut, burned, blown-up, and nearly disintegrated, but he always comes out with claws blazing. He knows that you've got to be evil to do good. 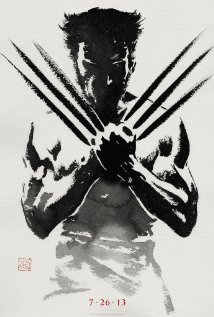 He has a really bad job, he shows up for work hangs around and goes over transcripts of Afghan farmers' cell phone calls. Once a year, he has a terrible day. We all have one but are we killing people, starting fires and have a heroin addiction? (Don’t answer that).

He tortures people even if they are innocent (most of them are) just to keep America safe. Would you feel safe? 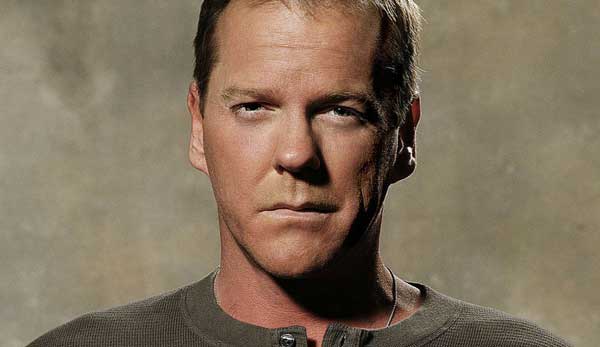 The hero of hundreds of books, comics, and a couple Schwarzenegger tricks, Conan the Barbarian was the toughest dude ever to pick up a giant sword and fight evil in nothing but a pair of underwear. 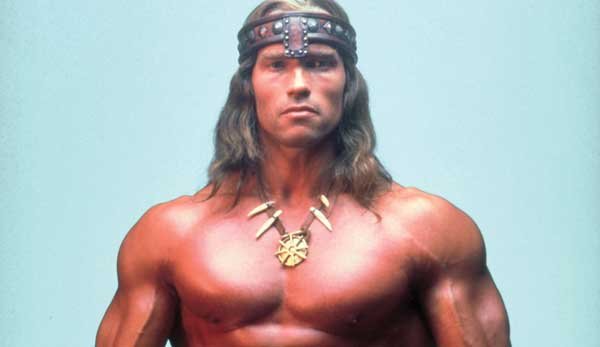 His excuse is that he lived in different times so slashing his way out of the forests was ok. In fact, Conan isn't even all that interested in fighting bad guys. If his bloody deeds help out someone in trouble, so be it, but Conan is mostly just interested in staying alive.

He would be perfect for our days only if he had some pants on. Otherwise he would be locked in a white cell in a tight white waistcoat.

There are times when the bad guys are doing bad stuff just because they’re messed up and if you raise the white flag you can easily put him to jail instead of killing him. Driven mad (and given superhuman abilities) by years of torture and experimentation in a concentration camp, V breaks out and begins a one-man campaign to bring down the government.

He doesn't have a master plan to destroy them, he opts for explosions. Big ones. It’s true, it’s efficient but he really needs to burn down half of London to do it? 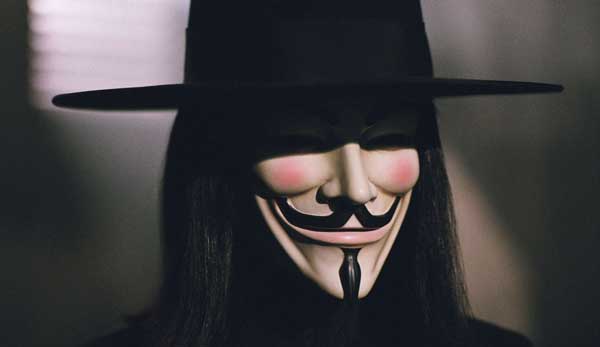 He tries to do that killing a candidate for the U.S. Senate. When that doesn't work, Bickle turns his energies to a more local problem and decides to "liberate" a teenage prostitute from the hands of her pimp Harvey Keitel.

He saves a young girl from a life of degradation and misery, but he does it by brutally murdering several men. Even worse than that, he's just weird, his oddball theories, massive gun collection, and supreme creepiness make him pretty hard to root for. 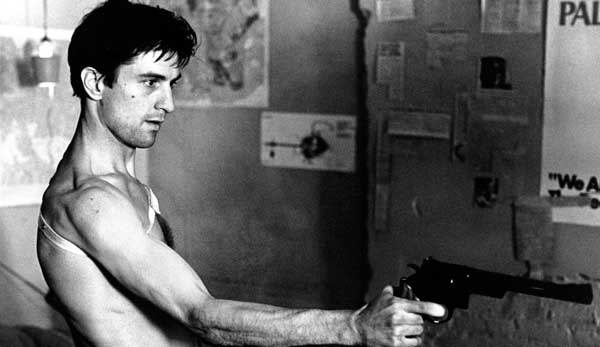 Beatrix Kiddo had a pretty good reason to be pissed off. Nine months pregnant, she's forced to see all of her friends and family shot in the head, and left for dead the day before her wedding. She goes out for revenge and we understand that but she does it in the bloodiest way possible.

Armed with her razor sharp sword and high fashion wardrobe, Kiddo slices and dices her way down her list of the people who made her cry. She cuts their tongues, yanks out eyeballs, and kills dozens of innocent people in her quest for vengeance. At least she has an excuse: she’s hot doing the evil stuff so she must be the good guy here. 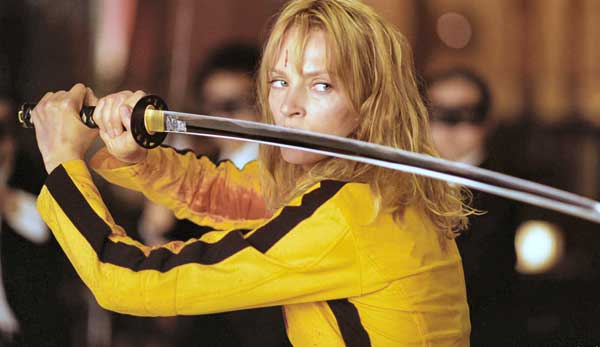 Now, that’s a creepy guy. He’s pretty freaking cool at work but, let’s face it, he’s a psycho.  Police use his expert skills to help them investigate crime scenes and bring the most horrible monsters imaginable to justice.

Every day, Dexter has to face the darkest impulses of bloodthirsty serial killers and homicidal maniac. He’s quite good at it because he’s one of them. Possessed with an uncontrollable rage, Dexter realizes that the only way he's going to make it through life is to kill as many people as he can.

Butchering people is kind of like a breakfast to him. The only reason he's the hero of the show instead of its worst villain is that he kills other killers. So Dexter goes about his daily life, does his job the best way he knows how, and every once in a while he rips some bastards apart with a chainsaw. Now that’s a sick sense of justice. 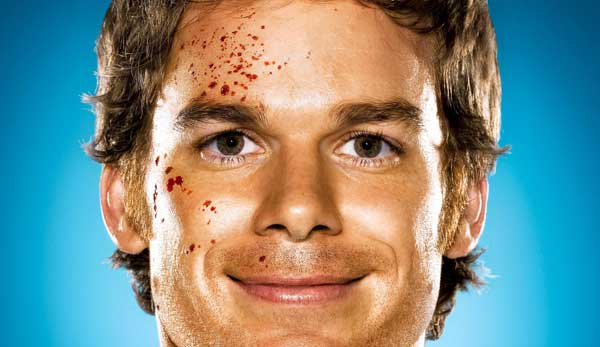 One of the most tragic dudes on this list, Captain Willard is a drunken soldier haunted by his service in Vietnam and turned for anything but a life of murder and war. He is assigned by the army to take out the rogue Colonel Kurtz.

Wearing only clack pajamas and a wonderful tan, Capt. Willard  travels down a muddy river he puts his young escorts into all kind of harm's way, kills civilians, and generally sits around smoking endless cigarettes.

Like that wasn't enough, pretty much like Jason, he survives every time. At the end of the movie, he and the stoned surfer are the only two to make it out alive. 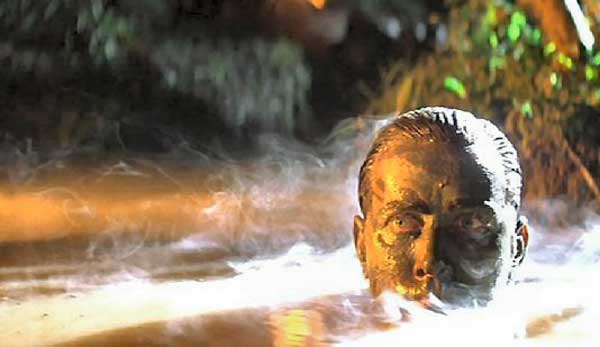 In the first Terminator movie, the Terminator is a lot like Eastwood. He's a cold, ultra violently efficient machine designed only for killing. The only difference is he kills cops instead of bad guys. Jealous much Schwarzenegger? He shoots, slices, burns, and blows up everything in sight even when he turned to the light side.

Schwarzenegger plays him with a lot of charm, but all the jokes in the world can't change the fact that he's basically a robot that murders everything he lays his eyes on. 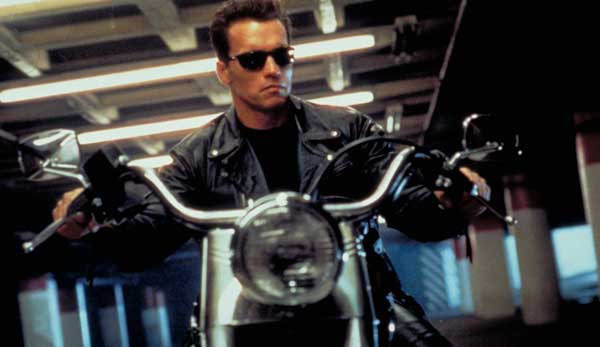 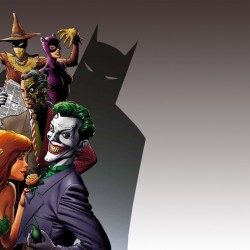 DEXTER MORGAN Comes To Comic Books. The Serial Killer Is Now On Paper 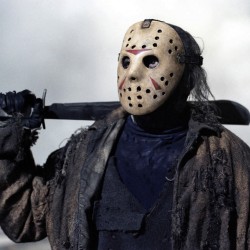